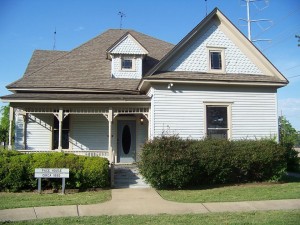 The Pace House in its original location.

Before the City Council voted in 2013 to demolish it, the historic Pace House had been part of Garland’s Heritage Park since 1985. Heritage Park at the time consisted of the 1901 Santa Fe depot, the circa 1880 Tinsley-Lyles House, and the Pace House. Because the City decided to redevelop the tract where Heritage Park was located, these landmarks had to be removed. Presumably for economic reasons the City Council voted to preserve and relocate only the depot and to demolish the two historic houses. An outcry from some concerned citizens resulted in the Council postponing their condemnation verdict and placing them on trailers pending search for alternative solutions.

Ultimately, the City concluded that the Pace House would be offered for private ownership, and the Tinsley-Lyles House would be relocated to city-owned property if private monies could be raised to fund a perpetual restoration and maintenance trust for it. To date, no such trust has been forthcoming and, given the continued unwillingness of the City to assume any responsibility for the landmark structure, the preservation of the Tinsley-Lyles House remains in doubt.

The Pace House, on the other hand, has now been rescued from the bulldozer by Louis and Kay Moore, who qualified to receive ownership of the house from the City. On October 15, the house was moved at the Moore’s expense to a lot next to their home on South Eleventh Street in the historic Travis College Hill District. 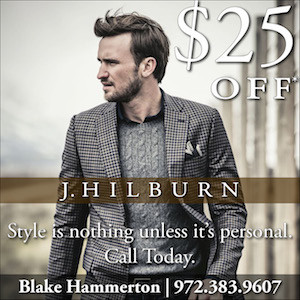 The Pace House was originally the home of John H. Pace and his wife, Nina. John Pace was born January 28, 1876 at Duck Creek, the son of George W. and Harriet Routh Pace. Harriet was the daughter of George W. Routh, one of the earliest settlers of Duck Creek. Around 1897, John Pace married Nina L. McCallum, daughter of John Thomas and Betty Kelly McCallum of the Pleasant Valley neighborhood. John and Nina (whose name was pronounced “Ninner” by all who knew her) were parents of one daughter, Lillian M. Pace, born in 1898.

John Pace was a farmer but, as was frequently the case with local farmers who chose to build their home in or near town for convenience to church and school, he built his home on what was then the outskirts of Garland. The Garland News of December, 1901 reported that “John Pace has moved into his new dwelling in East Garland.” The vernacular Queen Anne Victorian style cottage was erected on the east side of present-day First Street near the intersection of State Street. Nina L. Pace died on June 24,1955; John H. Pace died on  July 12 1968.

The Pace House was recognized in the Dallas County Historic Resource Survey of 1982 as being worthy of preservation. In 1985, the house was sold by Lillian Pace Raney to Jack and Doris McDaniel, who donated it to the City of Garland, and it was moved to Heritage Park. At that time, Garland’s Sesquicentennial Committee chose to make the restoration of the house “a permanent expression of Garland’s celebration of the state’s 150th birthday” and several local civic groups and individuals joined the effort. The GISD Vocational Building Program took on the restoration as its 1985-86 project. The McDanielses also contributed generously to the restoration. 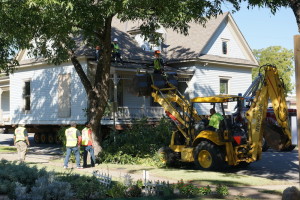 Although modifications were made to side porches, no appreciable alterations were made to the original design of the front-facing façade. The interior space was repurposed as a venue for special events, particular weddings and women’s activities, but examples of the original Victorian woodwork were retained. Unfortunately, the City placed a sign in front of the house in Heritage Park indicating that it dated from “circa 1895,” and this incorrect information has followed the house up until the present.

Today, the John and Nina Pace House (1901) is one of Garland’s few intact surviving Queen Anne houses. The Queen Anne style was the most popular design of residential construction in Texas cities in the 1890s and into the early 1900s. Garland once had many examples, some quite grand. However, commercial zoning and church expansion has wiped out nearly all of them. It is indeed fortunate that such a fine example of that style and period has now been saved from imminent destruction and its beauty can still be appreciated by the people of Garland.

Previous: Big Moves in Garland
Next: GISD School Board Bond: The Facts You Need to Know