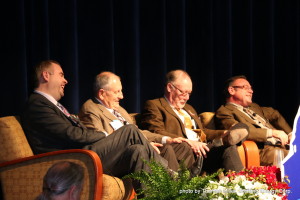 The 84th Texas Legislative session in Austin is considering a critical bill that could help clean up the air we breathe and position Texas as a national leader of environmental stewardship.  Texas Democratic Senator Carolos Uresti’s Senate Bill-12 would use existing state funds already earmarked for emission reduction programs. The measure would convert many of the state’s vehicles to cleaner fuel sources such as natural gas and propane, and provide funding for local communities to do the same.
Texas has 30-percent of the estimated natural gas in the U.S., which is the world’s largest reserve.  It is estimated by the Energy Information Administration that America has enough natural gas to meet current and future demand for up to 150 years.
The U.S. Department of Energy (DOE) says there are about 150,000 natural gas vehicles on the road in America.  Worldwide, it swells to 15.2 million.  In my international travels, I have observed how other countries embrace natural gas vehicles as a cheaper, cleaner, more efficient transportation fuel source.  The Honda Civic GX was introduced domestically to flat sales, mostly because of limited fueling options.
Here in Texas, natural gas vehicles have been 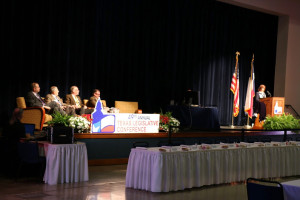 deployed in several areas.  At DFW airport, nearly 500 maintenance vehicles run on CNG and the airport has its own fueling station.  Dallas Area Rapid Transit is phasing in 650 CNG busses and vehicles.  In Houston, 30 CNG airport shuttle busses save the city nearly $250,000 annually in fuel costs.  San Antonio’s riverboats run on compressed gas, safely and efficiently carrying one million passengers a year along the city’s infamous Riverwalk canals.  More than 30 Texas companies like UPS, FedEx, Frito-Lay, HEB and McShan Florist successfully use natural gas vehicles.
A DOE – Argonne National Lab Report reveals that natural gas could reduce CO2 emissions by 20-30 percent and toxic carbon monoxide emissions by 75 percent.  As a much cleaner burning fuel, particulate matter emissions are reduced by 95 percent and nitrogen oxide and volatile organic compounds are each cut in half.
SB-12 would re-allocate three percent of the state’s $1 billion Texas Emissions Reduction Plan (TERP), a fund created in 2001 specifically for emissions reduction funding.  Many of the 28,000 state-owned vehicles would be converted to natural gas, propane, or other alternative fuels.  It would also fund strategically placed fueling stations.  Municipalities could tap into the allocation on a voluntary basis to convert local fleets to the cleaner burning fuel.
The bill faces an uphill battle from environmentalists arguing for impractical electric powered vehicles and from some lobbyists, who fear more natural gas usage could drive up prices and reduce corporate profits.  Refiners oppose the bill, protecting their market share of petroleum distillates.
This legislation deserves bilateral support.  Texas needs to lead by example. We have a rich abundance of gas flowing out of the Barnett shale, the Eagle Ford shale, the Permian Basin and the Haynesville-Bossier shale in East Texas.  We also have a vast pipeline infrastructure to move it around the state.
Lawmakers are facing immense pressure from self-interested groups who are putting individual agendas and profits ahead of common sense and what is naturally good for Texas.
It’s time to call your state senators and representatives now and tell them we want to become a national example of environmental leadership.  The Texas legislature should pass SB-12 for the good of our air, our future and to position Texas as a national leader in producing natural gas while reducing our carbon footprint.