In the Garland News of 13 December 1940 Libbie Pilliod, long-time correspondent for the Big Springs neighborhood, announced her retirement from writing her column. At the request of the editor, W. H. Bradfield, Mrs. Pilliod wrote some of her recollections of Garland in her early days here. An edited and abridged selection of those items follows.

“I was born in Franklin County, Missouri, in 1870. I received my education in the public school [of Washington, Missouri]. My mother was a school teacher; her two brothers were Methodist ministers. My father, a soldier of the Civil War, was also a teacher. My mother died when I was an infant. In 1888 I was married to J. P. Pilliod, who had been making his home in Texas for several years. When I came to Texas in 1888 he had no house built here on his farm for us, the tenant house he had built being occupied by renters. I went back to spend the winter with my folks, coming back here early in February, 1889. My husband and I boarded nearly a month with our neighbors, Mr. and Mrs. Volney Coldwell, while the carpenters enlarged one of the rooms of the tenant house and added a lean-to kitchen.” [The Pilliod farm was situated near Spring Creek between present-day North Garland Avenue and Holford Road. The large gravel deposit there was discovered by J. P. Pilliod in 1917.] 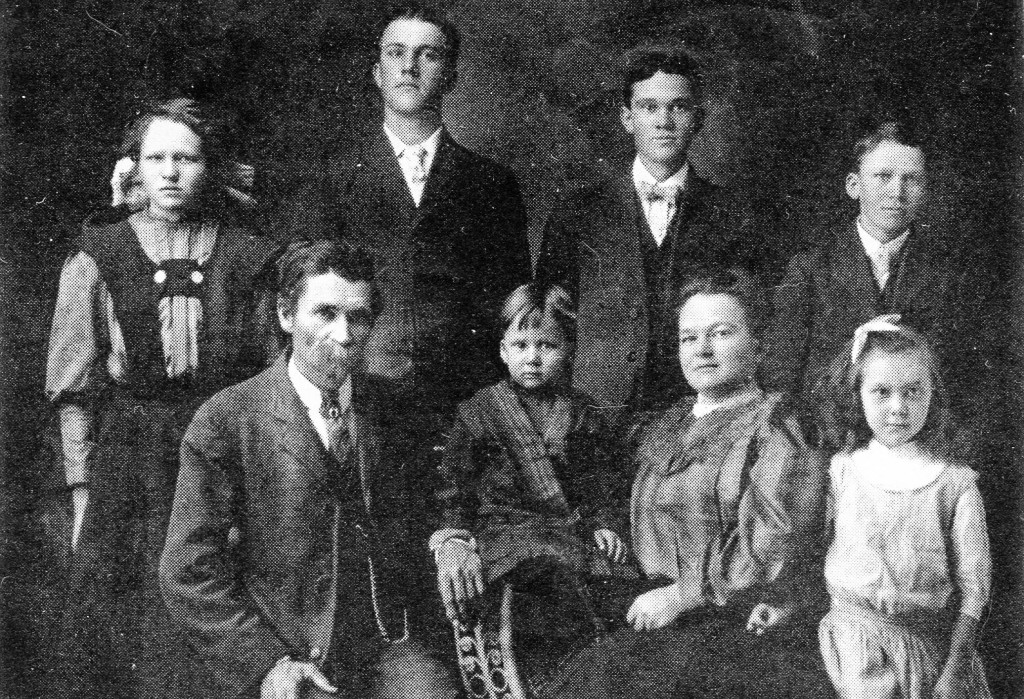 “I fell in love with Texas and her people. Everyone I met was so friendly, both young and old. What a warm glow of pleasure and happiness goes through me when friends stop with a smile, if only for an instant, clasp my hand in a friendly grip and seem glad to have met me. It makes me feel that all life is worthwhile and glad that I have made the effort to write my weekly columns.”

“When we came here Garland was a small town and roads and streets were awfully muddy, especially when folks wanted to get to the stores to find Santa Claus and do their Christmas shopping. We bought about our first piece of bacon and some butter from Uncle Billy Olinger. We also got butter from the Coldwell girls until we could get established in having our own chickens, a hog, a cow and garden stuff and finally got a small orchard started. We branched out in 1903 with a larger orchard.”

“Mr. Pilliod was a teacher of the Spencerian system of penmanship and taught several terms at Shiloh, Dallas and Pleasant View and other points. He and I both took active parts in the Shiloh Literary Society, also at Lawler and Naaman [rural county schools]. We had some fine and interesting speakers, too. We had debating programs, dialogues, recitations, and readings. We all loved the old-fashioned spelling matches. Those days may be gone forever, but not the cherished memories.”

“When I landed in Texas I got my first introduction to hot tamales, chili, and snuff dipping. I had read stories in novels and magazines about some aristocratic old gentlemen taking a pinch of snuff. I had the idea that they sniffed the snuff up their noses to make them sneeze, perhaps to break up a cold. (And yes, I admit I read novels and stories, but they were clean stories, not such things as we find on some of the counters today.) Back home, in the country, the elderly ladies and gentlemen sat around their fireplaces in the evening and smoked their pipes. The town men smoked cigars.”

“When I first came to Texas, the hoop skirts or tilters had about passed off the stage of fashionable wearing apparel for milady in the North. But the bustle in various shapes and forms was still in evidence for a year or two after I came to live here. I was certainly glad when they were discarded and the ladies could look natural and normal.”

“I was standing on my front porch one day when, lo, a horseless buggy passed by up the road. I remember a story I had read once containing the prophecy, “Coaches without horses shall go; Ships through the air shall fly.” So that was the beginning of the automobile to make its appearance upon the stage of improvements.”

“We first attended the Texas State Fair at Dallas in about the second year of its being and have attended almost every year since. As our family grew we had lots of fun and made a gala day of it in the old days, long ago. We fixed shucks or a bundle of corn stalks or cane in the wagon, then a mattress and quilts, piled the children in and then climbed in ourselves. Soon the wagon wheels would begin rolling along the road, our hearts bubbling over with chatter and song. We were on our way to the Dallas Fair! Sometimes we would start way before daybreak to be there when the gates opened, and sometimes we started late at night and would camp somewhere on White Rock Creek in some level spot sheltered by the high banks of the gulches or the deep ravines, sheltered from the cold winds of October. Or sometimes we would drive into the sheltering woods and camp, getting up early to cook breakfast of bacon, eggs, bread and coffee. How good the aroma of that breakfast cooking over a campfire smelled, floating out on the morning air. Then the hurried washing of faces and hands, the dolling up in our Sunday best, combing of hair by the boys and girls all around. The boys would feed and water the team in some nearby stream while mother cooked the breakfast. After the meal was over it was a scramble to hitch the team to the wagon, put out the fire, get ready to hop into the wagon and start the drive to Dallas.”

“Little did I dream then of what a scenic beauty spot White Rock wilderness would be converted into. And little did I dream that one of my boys would be one of the crew that would cut down the brush and huge forest trees to make of the White Rock Creek bottoms the beautiful place it now is, a place to lure thousands of people to visit and camp for a day at White Rock Lake.“ [White Rock Lake was constructed in 1911 by the impounding of White Rock Creek and early on served as a water supply for Dallas. It quickly became a favored recreation spot for Dallasites and Garlandites, as well. Fishing camps and lake houses were built nearby. Later White Rock Lake Park was developed, offering clubhouse rentals, motorboat rentals, a swimming beach and bathhouse, and a natural history museum. There was even a fish hatchery there. A privately operated party barge and a sailing club were other popular amenities.]

“During World War I I was chairman of the Red Cross in my community. I turned one of my rooms into a sewing room for the Red Cross. I was also a member of the Home Demonstration Club and was elected chairman of the Shiloh and Big Springs communities to help get exhibits for the Garland Fair. We worked faithfully to put the Garland Fair over. [Garland put on its own fair in 1923 and 1924, but soon thereafter discontinued it due to lack of interest on the part of local farmers.]”

“Mr. Pilliod [her husband, who had been the Big Springs correspondent to the News before her] told me to make my items short, boil them down, but I just couldn’t. I wanted my articles to have some human interest in them, so if my friends and neighbors wanted to send the paper to relatives or friends back in the old states, they could know or keep in touch with kindred here. I know lots of folks like myself do not always have time to write, or just put it off, thus their folks do not hear from them very often. So I felt like my little news items might be of interest to others and fill the gap of negligence.”

Previous: Around Town in May
Next: Garland Square Scenery: We Can Do Better