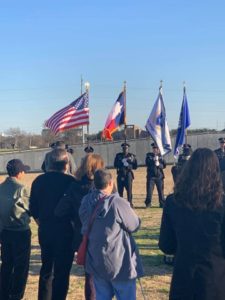 The enormity of the loss of American lives lost in Vietnam during the twenty year war is put into perspective by the Vietnam Memorial Wall, also known as “The Wall That Heals”. The traveling replica of the wall in Washington DC visited Garland, arriving February 25 and departing March 1, 2020. Extending over 300 feet, the traveling wall is 80 % of the wall in Washington DC. Listed vertically on panel after panel, after panel are the names of the more than 58,100 members of the US Military who lost their lives in Vietnam during the war.The traveling wall was assembled in a soccer field in Garland’s Audubon Park. Spread out horizontally, it extended more than 399 feet.

On Thursday, Fe February 27, there was a welcoming ceremony that included an address by the Mayor, Scott LeMay, music that included a bagpiper and the playing of taps. The ceremony was very touching and very well attended. We visited with Vietnam Veteran, James Hart. When asked how he felt about the groups of Vietnamese citizens in attendance, he responded, “We fought for those people ”.

We revisited the site on Sunday afternoon as the wall was being dismantled. The crew was loading it up and preparing their journey to Del Rio, Texas.

We asked James Hart to write an article for us explaining  his experience as he visited “The Wall That Heals”. James Hart has contributed several articles published by the Garland/Rowlett Messenger in the past. He is also the author of a book on survival.

A Vietnam Veteran Visits “The Wall That Heals” 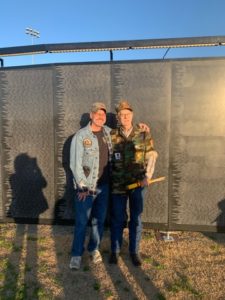 As I stand here at the entrance to the Traveling Wall I can see the dark shiny and polished panels of granite, and the rows of names engraved into it, I remember those days myself when I was a part of this war. The memories of aircraft sorties bombing and strafing the enemy positions in support of the troops on the ground. The memories of brothers in arms, and friendships made. And mostly about those who did not come back with us. Those who gave their all. Sacrificing their lives for freedom of a people they never knew, some of them never even knew where Vietnam was. Many who traveled thousands of miles from home only to never see home again.

We were boys, just out of high school, one day innocent, but the next (it seemed) fighting for our lives in jungles so dense and damp it was miserable to even be in, or slugging through rice paddies with backpacks that weighed almost as much as we did.

But these men never made it back. The wall, a simple yet complex chevron, stretches outward and many people looking at the names, a sad and somber reminder that war is not without its casualties. That those on the wall fought valiantly as our ancestors did for the right to be free. They defended and gave their lives for the right to be free anywhere, as our government asked of them. They fought against communism and socialism that symbolizes, for people who needed America’s help.

For me it is a humbling feeling I get when I visit the wall, and saddened even today as I look for and read the names of those I knew of that are listed on the wall. I pray for them and their families silently. 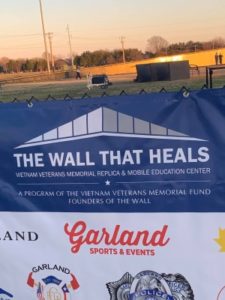 The “Wall That Heals” came to Garland, Texas this past weekend. With it traveled remembrance to those who fought and died in the far away jungles and rivers of Vietnam from 1964 to 1975. Along with remembering those who gave their all, the families and friends have a unique chance to visit in the local area where they live without going to Washington D. C.

The Wall That Heals was unveiled in 1996 by the Vietnam Veterans Memorial Fund (VVMF) in Washington D.C. and is a three quarter scale replica of the Vietnam Veterans Memorial in Washington D.C., designed to travel to communities throughout the U.S. Since its dedication, The Wall That Heals has been displayed at nearly 600 communities throughout the nation, spreading the Memorial’s healing legacy to millions.

The purpose of the Vietnam Veterans Memorial was to honor all who had served, with a special tribute – their names engraved – for those who did not return.  The chief design criteria were that the memorial be 1) reflective and contemplative in character; 2) be harmonious with its site and environment, 3) make no political statement about the war itself, and 4) contain the names of all who died or remain missing. The design was the work of Maya Ying Lin of Athens, Ohio, a 21-year-old senior at Yale University.  She chose polished black granite for the walls. Its mirror-like surface reflects the images of the surrounding trees, lawns and monuments. The Memorial’s walls point to the Washington Monument and Lincoln Memorial, thus bringing the Memorial into the historical context of our country. The names are inscribed in the chronological order of their dates of casualty, showing the war as a series of individual human sacrifices and giving each name a special place in history.

Sgt. Robert G. Davison of Muskegon, Michigan joined the Marine Corp at the age of 14. He had four years of service in the Marines when he was shipped to Vietnam at age 18. Robert was KIA on Dec 17, 1966 one day before his 19th birthday.

Corporal William T. Perkins Jr. of Sepulveda, California was a Marine combat photographer. He is the only military photographer to be awarded the Medal of Honor. He was killed in action on October 12, 1967.

Corporal Thomas W. Bennett of Morgantown, West Virginia was a U.S. Army medic and was the only conscientious objector to be awarded the Medal of Honor during the Vietnam war. He was killed in action on February 11, 1969. 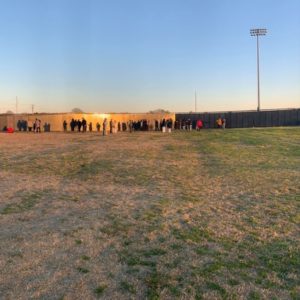 John A. Jensen and Charles D. Turnbough were buddies who graduated from high school together and joined the Marines together. John was KIA August 27, 1967 and Charles was KIA three days later on August 30, 1967.

There are 40 BROTHERS on the wall who died in Vietnam

There are 2 STEP BROTHERS on the wall

There are 3 FATHER AND SONS listed on the wall

There is 1FATHER NOT ON THE MEMORIAL WITH SON:

Although both father and son served in Vietnam during the same time frame, the father is not on the Memorial. Lt. Rex Chrisman, US Navy, died of a heart attack while assigned on the USS Estes that was being serviced in Bangkok. The ship was waiting for its next maneuver to the China Sea. His son, PFC Rex G. Chrisman took his father back home for burial. Returning to Vietnam, Rex was killed a month later.

Number of living whose names are etched on the “wall” in error? TWELVE!

Names Added to Memorial:   Since 1997 88 names of veterans who have died due to their wounds received during the Vietnam war have been added to the Wall. The latest names added are listed below.

Medal of Honor Recipients listed on the Wall  154

Those who fought this war knew no racism, political affiliation, and hatred for our fellow man, we were all brothers in arms, Americans fighting for liberty and justice for all. 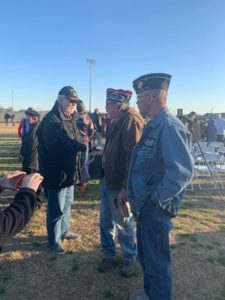 Bringing The Wall to communities throughout our country allows the souls enshrined on the Memorial to exist once more among family and friends in the peace and comfort of familiar surroundings. The traveling exhibit provides thousands of veterans who have been unable to cope with the prospect of facing The Wall to find the strength and courage to do so within their own communities, thus allowing the healing process to begin.

The Wall That Heals 2020 Tour dates for Texas include:

The main components of The Wall That Heals are The Wall replica and the mobile Education Center.

The Wall That Heals exhibit features a three-quarter scale replica of the Vietnam Veterans Memorial in Washington, D.C. The replica is 375 feet in length and stands 7.5 feet high at its tallest point.

Like the original Memorial, The Wall That Heals is erected in a chevron-shape and visitors can do name rubbings of individual service member’s names on The Wall. The replica is constructed of Avonite, a synthetic granite, and its 140 numbered panels are supported by an aluminum frame. Machine engraving of the more than 58,000 names along with modern LED lighting provide readability of The Wall day and night.

To help an ailing nation

To help a friend in need

And stop the spread of communism

And help control its spread

At first we were seen as heroes

The defender of the planet

At first we were supported

In the war and how we ran it

But then the horrors were discovered

The terror recounted every day

The people of this nation changed

Their minds at our dismay

For we were sent to do a job

Although our hands were bound

We did our best, we met the challenge

But in the end, the job – undone

We fought, we died and we were maimed,

We returned to our home in utter shame

No heroes welcome were we given

No one but us were to be blamed

But time has passed and minds have changed

And in some discourse, we are seen as hero

But the pain of rejection still lies in our hearts

From a time when we were meeting the foe

As time does pass by

I am sure we will transfigure

From the treatment so cruel

When we were called we answered

When we were called we went

And if I had to repeat the chore

I do it again, do it once more