Recalls and Resignations in Garland

There were two hot button items on the agenda for the City Council meeting on December 12th, 2017: The resignation of Mayor Douglas Athas and the recall of Councilwoman Anita Goebel. 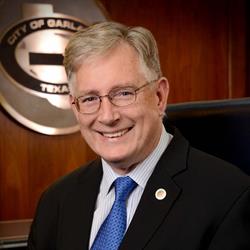 When the agenda item pertaining to the mayor’s resignation was addressed, it was immediately obvious that Mayor Douglas Athas did not wish to enter into discussion on that subject. Councilman Robert Vera explained that due to the very widely publicized announcement of his plan to resign, citizens were confused about their mayor’s status. Mayor Athas would only state that he would announce the date of his resignation when he was ready to do so. He was re-elected to a third, two year term in May 2017, which would keep him in office until May of 2019. If he chooses to resign, and does so before the annual municipal election held on May 5, 2018, then a replacement mayor may be elected to complete the remaining year of the uncompleted term. If the mayor delays, and does not submit his resignation in writing with sufficient time for the campaigns of potential candidates and ballot preparation, then the Mayor would have to complete his term in its entirety. 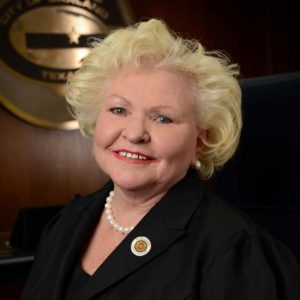 The next agenda item was the recall of Councilwoman Anita Goebel. Ms. Goebel was re-elected in May of 2016 and is also serving her third, two year term and would be terming out in May of 2018. Goebel represents District 2 and ran unopposed in her last two re-elections. Judging by that fact alone, it seems quite obvious that her constituents were quite pleased with Goebel’s representation for the past five and a half years. There are approximately 37,000 residents living in District 2. In order to recall a member of the City Council, a petition bearing 800 verifiable signatures of registered voters in his or her district must be filed within a specific time period. A small group of citizens, succeeded in circulating and filing that petition to recall Anita Goebel.

Both the resignation of Mayor Douglas Athas and the recall of Anita Goebel arose from a single issue brought before the City Council at their October 17th meeting. The question was whether or not to demolish the abandoned National Guard Armory in Garland’s Central Park which had been built in the 1940’s, and abandoned for 7 years. The park is located in District 2. It would have required millions of dollars of taxpayer money to repurpose the structure. Several residents of the area closest to the old military base attended the meeting to voice their objections to the demolition. A few of the speakers expressed their desire to convert the old armory into a Makerspace. Apparently taking the statements made by the residents of the area into consideration, Jerry Nickerson, Councilman for District 3, Robert John Smith, Councilman for District 8 and Mayor Douglas Athas voted “no” to the question of whether or not to demolish to old armory. Goebel had voted “yes” to demolish. Five other council members also voted in favor of the demolition the building, which put the final council vote at a 6-2 vote in favor of demotion (6-3 including the mayor’s vote).

During that October 17th meeting, shortly after the vote to demolish the armory, Mayor Athas announced he would be resigning as Mayor of Garland. His intention to resign was widely publicized by local broadcast media and the Mayor’s own Facebook postings. Though the vote to demolish the armory was met with some protests, the building was demolished a week later.  Two buildings still remain on the old military base, and one of them is being considered for future use as practice batting cages for Little League Baseball players. There is no definite plan for the area, though it will be returned to park land, for public use. Maybe a dog park, perhaps a skate park, but nothing is definite as of yet.

There is need in the City of Garland for passion and energy to be applied to the solution of some of the challenges it now faces. We will soon be losing our only full service hospital. Among all other cities in the area, Garland finds itself on the bottom of the list for economic growth. Our elected officials now need to work together to confront the real issues facing our city.